These are just a few. If you'd like to see the rest, you'll just have to visit us in person. But please bring Goldfish Crackers. You can't find them in Mexico and the Deck Boss is going through withdrawal. 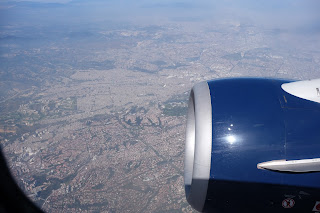 View from the airplane. We haven't even begun our descent and it's humanity as far as the eye can see. Picture doesn't do it justice. 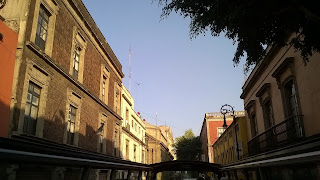 Typical street view from the Hop On/Hop Off If You're Lucky bus. Each building features a slightly different European-type architecture. 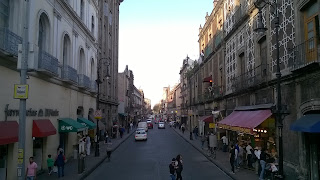 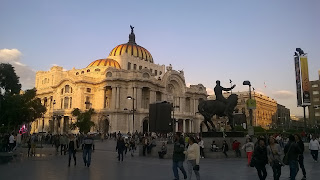 The Palacio de Bellas Artes. Neoclassical on the outside, Art Deco on this inside. And much like the great buildings of Europe, partly covered in scaffolding. 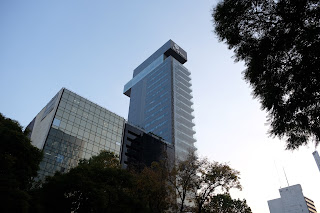 Jenga on steroids: A modern office building in the financial district. 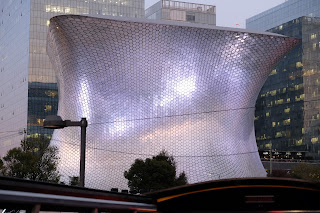 Acuario Inbursa (Aquarium). Because nothing says "fish" like a chain-mail corset. 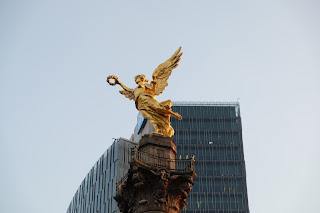 Top of the most famous statue along the Reforma...the Angel of Independence. 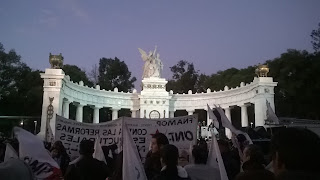 Demonstration in front of the Monument to Benito Juarez: one example of many throughout the city...monuments, not demonstrations. 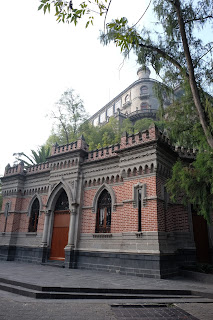 Looking up, up, up the hill toward the Castle. It's a long hike but well worth it. 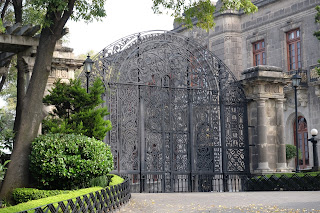 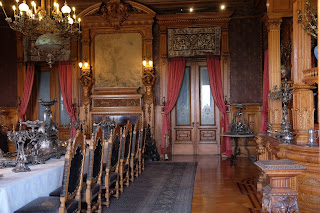 A typical room. It's good to be the king. 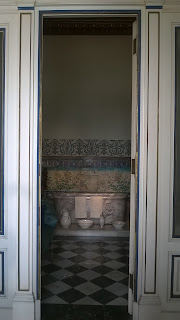 A special room just for the bathtub. It is larger--and grander--than our first house. 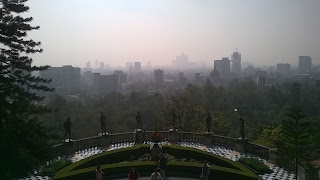 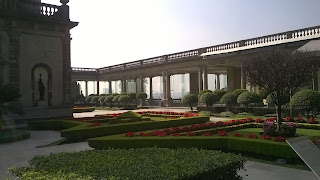 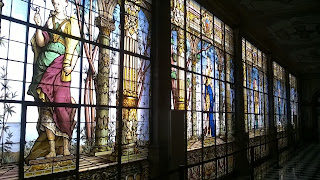 A hallway from the bedroom wing to the guest bath needn't be dull. 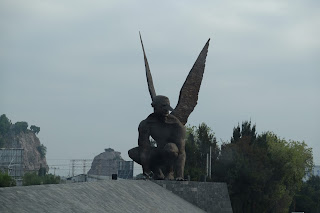 Leaving Mexico City:  An incredibly large sculpture by Jorge Marin. How big? When the bus went by, I could only see it's knees. 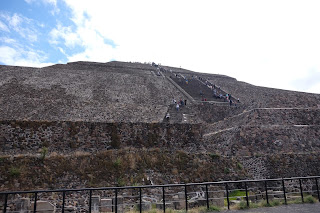 Looking up at the Pyramid of the Sun. It's a long way up. And a long, rather bumpy way down if you fall. 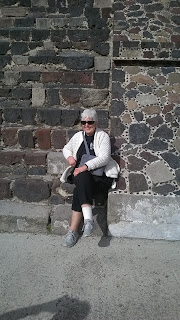 This is as far as the Deck Boss got. She climbed the pyramid as a teenager in the 50s. As she said, "One and done." 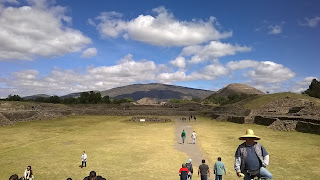 Temples used to line both sides of about a half dozen large rectangular pools. When the water was drained by early archeologists they found--you guessed it--thousands and thousands of human skeletons. 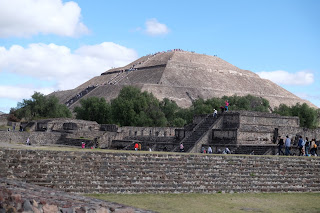 Body repository in the foreground; body maker in the background. 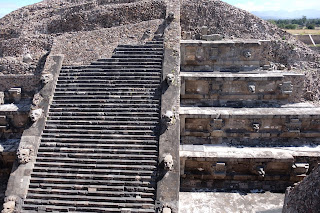 The Temple of the Feathered Serpent is unique because it still retains some of its stone animal heads. 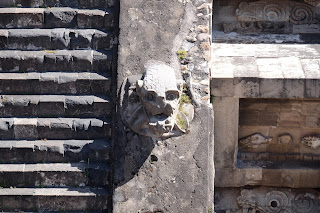 Like this one...which was probably only a little less scary back in the day. 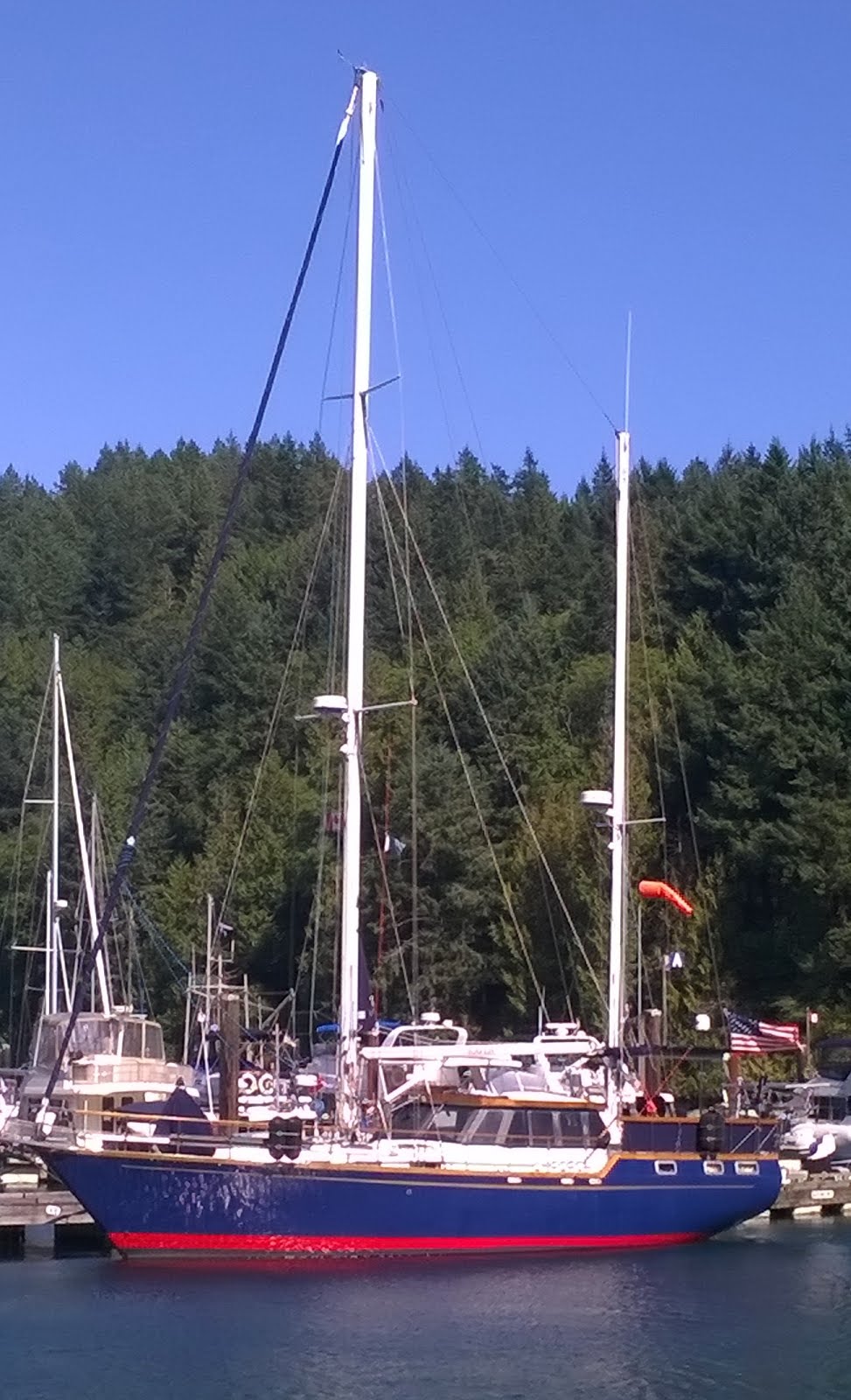